She said she slipped on something.   He said, “don’t take off your shoes.” He did, and felt the saturation of urine filled carpet seep through his socks and slip between toes.  Thick air…smoke still heavy finding its way through every inhale, silently filling unaccustomed lungs.  Mingled odor trails of an unattended dog and cigarettes making a trail through hallways and rooms…”be careful where you step.” Butts and ashes…piled high and falling off the edges of liquor filled glasses. “She wanted a party” he said, “we have to have a party…everyone loved her.” My soul was colliding with the woman’s I was led into conversation with.  I didn’t want to go to this event.  So I had prayed.  I always prayed. “Lord, give me grace, help me to really love people tonight, give me something meaningful here.”  I crave meaningful conversation. I avoid small talk at all costs.  It’s too awkward.  You’re forced to say things that you care nothing about….and worse yet, to people you care nothing about.  Energy is wasted digging into deep brain pathways, searching for words that stumble along and awkwardly bump into each other….and then they land on a soon forgotten conversation. Except for this conversation. This one was different….a gift wrapped in words that crashed into my heart.

It was in the end she would call three times each hour.  “I need to go to the bathroom” and so, driven by nothing more than an intense love for his bride of 40 years, he faithfully walked across the gravel drive that connected two homes…two hearts.  His home the garage, her’s the home he had built for her. He had been forced to move out of the home he shared with this love of his…his asthma could no longer fight the grey thick swirl that hovered in their home.  And so with every call, he went.  He walked into a place he never thought he would go. You don’t think “for worse” when your tongue forms a promise woven into your heart. It’s possible to say it and even mean it, without thinking it.  This man meant it.  And so his days consisted of dying as he entered into the last days and weeks with his bride. The worst days…some would say, or were they “for better?”   Every twenty minutes, with every step, a  part of him would die as he walked from garage to house in order to gently lift his bride from the couch and carry her to the bathroom.  On his walk he would lift his eyes to her once prized gardens, now overcome, tangled and choking through strong rooted weeds…a bloom here and there peeking through crevices of light…watching him, as if to say, “we’re still here, can you see us?” he saw them.  It’s like our life, he thinks, some just can’t see the beauty in it, but I know…I see it.  And then outside the bathroom door he would graciously wait…. and then stoop low to once again lovingly cradle his bride always careful not to cause pain, and walk her back to the couch.

Alcohol and dementia rob.  There is no other way to make sense of it.  And just as a thief vandalizes a property breaking into something that doesn’t belong to him, alcohol and dementia can shatter everything that built and sustained a precious life, two lives, multiplied into five.   And it happens slowly and subtly, often going unnoticed.  But once they find their way in, the victim is left vulnerable, exposed.  Dignity disappears as fast as the liquor.  And what’s left?  I kept listening…

“She was green when I saw her in the hospital, her liver didn’t work anymore… but she knew us. We tried to get her to stop, but she would rather drink then eat…she loved being social that way….she had a DNR…this is what she wanted… but she waited for Mike, he was her favorite, and then she went.” Her words formed one long run-on sentence, because when a soul spills it runs over all things proper.  But it’s more real this way.  I want real.  How old was she?” I asked. “Sixty-nine.”

Busyness can numb pain.  Or maybe hands that were made to work find solace and comfort in moving and navigating through deep painful waters.  It’s a way of coming up for air.  Stillness doesn’t work in these moments.  That’s for later.  They say there are five stages of grief one must go through. I hesitate to put numbers to what the human heart experiences.  That’s only for God to lift…. and to press in His time. there is no science to grief.   Some stages are never entered, other stages last years before the next barges in uninvited one day.  But hours after the loss of her mama she was just doing what her mom had taught her to do.  Work and love people.  This is what she wanted….  and so, she got busy.  She got busy emptying those overflowing glasses, scrubbing down walls, teaming up with the others, ya know those ones her mom loved…hard, like her favorite, Mike.  And they worked until, that once beautiful house and brilliant gardens surrounding it, shone once again, freshly cleaned, alive and fresh with outside air. “My mom was really into her community, they needed this.”

and as the sun was being tucked into a sleepy sky with a blanket of pink woven into white and blue… and the conversation was coming to a close I asked, “How did he do it?”  She simply responded in the words of her dad when she had asked him the same question…”for better or for worse, honey… for better or for worse.”

God had answered my prayer.  I wanted meaningful and I got it.  What could be more meaningful then hearing about someone finding the better in the worse?  Loving until death separated.  Carrying a bride to the bathroom when skin is sagging, mind fading, tangled and confused….loving…really loving… until the end.  This is love…and true love endures through the worse.  What a gift to hear the story of a man who opened my eyes to the better in the worse…

2 thoughts on “finding the better in the worse” 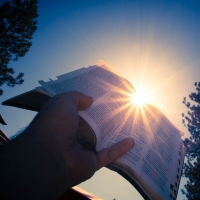